— P-tau181: “an important advance that could transform the diagnosis of Alzheimer’s disease

An ultrasensitive blood immunoassay for tau phosphorylated at threonine 181 (p-tau181) identified Alzheimer’s disease across a continuum of cognitive impairment and predicted tau and amyloid β pathologies, an analysis of four cohorts showed.

“P-tau181 levels in blood samples are increased in individuals who have a positive amyloid scan but not yet a positive tau PET scan, suggesting that plasma P-tau181 becomes positive before tau PET,” Blennow said.

“These findings show p-tau181 in blood samples works very well to identify Alzheimer’s pathology,” and could serve as an easily accessible, cheap test for Alzheimer’s disease in primary care, he told MedPage Today.

“Plasma p-tau181 is an important advance that could transform the diagnosis of Alzheimer’s disease,” wrote Clifford Jack, Jr., MD, of the Mayo Clinic in Rochester, Minnesota, in an accompanying editorial.

Until recently, detecting aggregated amyloid β and tau has been either expensive, requiring PET imaging, or invasive, needing a lumbar puncture to test cerebrospinal fluid (CSF), Jack noted. This report “adds to other recent studies that support the use of plasma p-tau181 (but not plasma total tau) as an indicator of the Alzheimer’s disease pathophysiological state,” he wrote.

Blennow and colleagues evaluated their immunoassay in 1,131 people across four independent samples: a discovery cohort of 37 Alzheimer’s patients and age-matched controls, two observational research cohorts of 226 (TRIAD, which included younger participants and people with frontotemporal dementia) and 763 people (BioFINDER2, which included people with other neurodegenerative disorders), and a primary care cohort of 105 patients in the Canadian National Health Service who were referred to a dementia specialist but did not have biomarker assessment or neurologic diagnosis. A subset of TRIAD participants had MRI and cognitive testing at 1 year.

In the subset of TRIAD participants with 1-year follow-up, plasma ptau181 correlated with cognitive decline (P=۰.۰۰۱۵) and hippocampal atrophy (P=۰.۰۱۵), after correcting for age, sex, APOE۴ genotype, and years of education. In the primary care cohort, p-tau181 discriminated Alzheimer’s disease from young adults (AUC 100%) and cognitively unimpaired older adults (AUC 84.44%), but not from MCI (AUC 55.00%).

The assay has potential use in both clinical practice and disease-modifying trials, though “how plasma p-tau181 would perform as an indicator of target engagement is unclear,” Jack observed.

Many aspects need further study, including the assay’s longitudinal stability and precision, how it evolves over time in individuals, and how it relates to cognitive impairment development and changes in tau PET, he added. “A thoughtful approach will be needed concerning application of plasma p-tau181 in asymptomatic individuals, and recommended use guidelines by expert panels are likely to be required,” he continued.

In addition, CSF studies have “indicated that other pathological phosphorylation sites might also be diagnostically useful, particularly tau phosphorylated at threonine 217 (p-tau217), and studies comparing the diagnostic performance of plasma p-tau181 and p-tau217 will be important,” Jack noted. 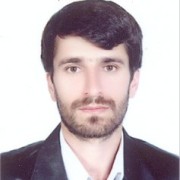